7 Amazing Churches For Your Orthodox Wedding in Thassos

Greece has a reputation for its Weddings and especially for the Churches.
As a matter of fact, Greek and generally Orthodox temples have a different and beautiful architecture.
Furthermore, Greek Islands have the most awesome churches, in addition to sea’s view and trust me; the best cathedrals are in the Isle of Thassos.
In conclusion, let us present you 7 Amazing Churches For Your Orthodox Wedding in Thassos!

The little chapel is located at the point of Old Harbour in Limenas and built on a hill.
Therefore it offers a stunning view, and usually, you can see all the way across the island to Keramoti!
There used to be an old Christian church on the same spot, but it was destroyed.
As a result, there are some beautiful remains around the new chapel, which was re-erected in 1965.
There you can enjoy a beautiful Thassos Wedding with an Orthodox priest.

One of the most ancient temples on the Isle, and it is located in Limenas nearby the sea.
It was built in 835 AD over remains of old buildings when Thassos was part of the Byzantine Empire.
As a result, it is a unique sample of beautiful Byzantine temple architecture and it is built entirely out of stone and marble.
Hence, you can have your traditional Greek Wedding in Thassos!
In addition, you can always visit the temple as it is a local historical landmark.

The spectacular cathedral is located in Panagia.
It was built in 1831 with rocks from old temples and finished in 1881.
In addition, historians classify it as a large basilica with a dome.
Every 15th August women from the village gather at the court of the church to make koulbani (κουλμπάνι) which is made from meat and wheat and after the Mass, they give it to the believers.

Located in Theologos.
Agia Paraskevi is the oldest church on the island.
Moreover, it hosts a unique icon of Virgin Mary;
The icon is made of wax and mastic;
Most noteworthy, specialists consider it to be a work of Apostle Luke!

This church is one of the unique churches of Thassos!
Locals of Thassos honored Saint Daniil as a local saint, especially as he lived and preached on the island on 9th century AD during the Byzantine era.
He founded a monastery on the small island of Gramvousa and soon his fame outgrew Thassos and became renown around the Christian world, attracting many monks.
Nowadays, a small chapel exists that can host your Amazing Destination Wedding!
However, you should take notice that the tiny island can only be reached by sea from Potamia.
On 12 of September, many pilgrims reach the island with small boats to honor Saint Daniil’s memory.

You can find them in Alykes.
Those ruined basilicas were built during the 5th century and it is believed that they were abandoned during the 7th century.
They had three aisles which were separated by Ionian columns and decorated with representations of animals.
Moreover, they have a beautiful opening to the sea.
A wedding here in Ancient Greek style would look way too spectacular!

Located in Limenaria (actually in Kalivia of Limenaria) and built in 1980.
A marble inscription reads:
“The holy temple of Agios Eleftherios was re-erected by archimandrite Eudokimon Asiki and with all the Christian people of the village assistance in 1980”.

There are many more chapels and churches but we believe that these are the 7 Best Churches for your Orthodox Wedding in Thassos!

There are totally 56 churches on the island;
However, as we can’t write the whole history, we recommend enthusiastic readers to find out more info in www.thassos-island.gr, thassos.ro, go thassos and terrabook!

read: 5 Reasons Why Thassos is the best wedding destination 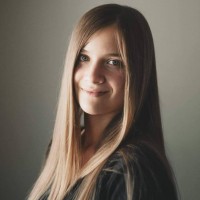