Everything You Need To Know For Your Wedding in Halkidiki

Here in Greece we have a motto, “Nowhere like Halkidiki”.
But why?
What’s so special about this half-island situated in North Greece?
Why everyone talks about Halkidiki?

The answer is easy.
Halkidiki has it all;
Beautiful beaches, amazing historical sights, unique Orthodox Churches and more.
Continue reading to explore the beauties of Halkidiki.

Shaped like Poseidon’s trident and sticking out into the Aegean Sea, Halkidiki is a treat for visitors.
Lush green forests that reach right down to the beach and golden sunlight reflected in the turquoise waters.
Traditional style with a rich gastronomic and cultural heritage, endless coves, unique architectural sites, perfectly preserved Christian monuments
and a host of unexplored treasures all add their own rich touch to the unique canvas that is Halkidiki.

The beaches in Halkidiki are impossible to forget.
Crystal clear waters, golden sand, Halkidiki’s beaches are considered by many as the best beaches in Greece, or even in the world!
Diverse sea sports options, trendy beach bars or even nudist beaches…
These are some of the many that someone will encounter on the long coast of Halkidiki!

Posidi From Above – Photo: The Web

So why not talk about the Top 2 Beaches you must visit during your vacation in Halkidiki?

The famous beach of Posidi is a destination that anyone who spend their holidays in Halkidiki should visit.
Possidi, apart from being a simple holiday destination, is a place where every year it is filled with students from Thessaloniki.
And specifically from Aristotelian University, which has its student camp on the beach in Possidi, with the result that the beach is full of life.

Its crystal clear waters, the long sandy beach and the pine forest back to the perfect beach, as far as the “nose” area is unique, a sandy tongue in the sea.
In Possidi, most choose not to sit at a beach bar, but on the endless beach.
It is also a place where many choose to camp, but you can choose one of the beach bars.

See also a Photoshoot by us in the amazing Possidi.

Kavourotrypes is a small paradise located between Armenistis and Platanitsi in Sithonia, Halkidiki.
The once famous beaches of nudists, with its crystal clear waters, are definitely among the most beautiful beaches all over Chalkidiki.

Kavourotripes have lost a bit of the nature of nudism, as many go just to enjoy beauty and tranquility.
If you go to a nudist beach take it all off, otherwise do not go at all.
Paradise, in Kavourotypia, a bay just before, keeps the element of nudity more.
The beach contains a small beach bar, not too deep waters, calm waters suitable for children, camping and off course nudist beach.

You can see more seascape photos from Kavourotrypes here.

Halkidiki, beyond its spectacular beaches, stunning natural attractions and religious sites, also provides a variety of masterful hotels all built to European standards and specifications.

From the cheapest to the most expensive, all of them offer a unique glamour as most of them are located by the sea and provide a wonderful view of the blue Aegean.
Moreover, the staff are very friendly and always willing to serve you in whatever you need so you have an unforgettable stay.
Some of them are: Afitis Boutique Hotel, Avaton Luxury Villas Resort, Eagles Palace, Sani Resort and the most the most famous hotel in Halkidiki, Porto Carras.

A very good activity that many visitors choose is sailing or a private boat ride.
Because of the many beaches that are accessible only by water, cruises with small boats have become so unobtrusive.

Romantic Cruise in the sunset of Halkidiki – Photo: The Web

Whether you are looking for a romantic cruise just for you and your partner, a cruise to the attractions of Halkidiki with a group, or even a walk around Mount Athos and guided tours to its monasteries, there are too many clubs and offices throughout Halkidiki which they can provide you with experiences.

Flyboard in Halkidiki – Photo: The Web

Also if you want something more upsetting than just a relaxing ride with a boat, you can do water sports like scuba dive,
windsurfing, water games or even one of the newest and maybe the best water sport, flyboard.

Agio Oros or Mount Athos is the largest Christian attraction in Greece and one of the largest in the world with countless visitors every year on every side of the earth.

Mount Athos is a self-governing part of the Greek State and its monasteries extend along the Athos peninsula.
Since 1988, UNESCO has been named World Heritage Sites.
Mount Athos consists of 20 monasteries, various souvenir shops and some services.

A monastery near the sea – Photo: Alex Katsamakis Photography

The largest and most famous monastery is the Monastery of Megisti Lavra, which is the first in the hierarchical hierarchy with its foundation in 693 AD.

A Monk at his farm with olives – Photo: Alex Katsamakis Photography

Although he has too many visitors, women are strictly forbidden in men’s monasteries to keep the monks the celibacy and, as the Orthodox tradition says,
“The peninsula liked so much to the Virgin Mary that she asked her son to give her and he agreed”.
Even today, it is characterized as “the garden of the mother of God” and is dedicated to the glory of the Virgin Mary. ” However, there are some monasteries made only by women.
Mount Athos may not have beaches and beach bars but it has a wonderful harmony in the atmosphere that cleanses your mind and soul.
It is not strange that all guests leave more refreshed and overwhelmed by calm after their visit to Mount Athos.

Ancient Stagira was and will be the most important and largest archaeological site in Halkidiki,
founded in 665 BC. from Ionian colonists from the island of Andros and colonists from Chalkida settled in the following years.

Stagira in ancient times was a big settlement due to its harbor but from 349 BC. the city got the “downhill” reason of the destruction of 2 times.
Thereafter, the city gradually led to the decline and during Greco-Roman times it was already deserted according to the reports of Strabona, who lived there from 63 BC to 23 AD.
During the Middle Ages period, the Castle of Livadia was built in the old city, and during your visit, you can see many buildings ruins and part of the small Byzantine wall

A statue of Aristotle – Photo: The Web

Stageira, however, is widely known as the birthplace of Aristotle. After his death in 322 BC in Chalkis, his pile was transferred to Stagira,
where he buried him with high prizes and proclaimed him a settler of the city, dedicated him to an altar on his tomb and finally set up a feast in his memory, “Aristotleia”.

Τhe ruins of the ancient Stagira – Photo: The Web

Of course, nightlife could not be missed by a large tourist place like Halkidiki. There is nightlife on the three legs of Halkidiki, but the best is on the 1st leg and specifically in Kallithea.

With many nightclubs, bars, restaurants, tavernas, cafes and bowling centers, Kallithea is definitely a very cosmopolitan place with many shops to visit.
The most famous and best nightclubs that anyone who visits Kallithea must to go is Angels Club, Pearl Club, Ahoy Club and Markiz Experience.

Halkidiki is definitely a beautiful destination for your vacations or even your Wedding.
With wonderful locations and stunning beaches, there is so much to do that is sure you will not be bored in Halkidiki. 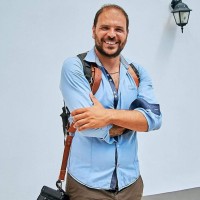 Why You Should Have a Destination Wedding
March 18, 2018

Our site is proprietary property and all photographs, text, video, graphics, audio, website design, source code, databases, software, and functionality on the Site (collectively “Content”) and the trademarks, service marks, and logos contained therein (the “Marks”) are owned and controlled by us or licensed to us and are protected by copyright and trademark laws and other various intellectual property rights and unfair competition laws of the European Union, foreign jurisdictions, and international conventions. All Rights Reserved. Do Not Plagiarize.